The shoulders are wide, the collars are out and the necks have disappeared, it must be Origin Season!

It’s mate vs mate and steak vs steak, there is something about Origin that seems to spark state-wide pride like nothing else. 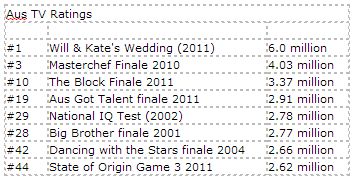 Well at least the boys hit hard… Boy do those boys hit hard! You know it’s a good rivalry between teams when you have a top ten list of best brawls in State of Origin. Oh yes, there’s nothing like beating the shit out of a bloke you have to line up against the very next week. Ah we’re all mates here aren’t we?!

Even though Victoria has seemingly missed out of all the fun, us ‘Mexicans’ can take pride in knowing that VB – Otherwise known as ‘Victoria Bitter’ – has signed on another deal with the NSW team as their official sponsor. Stick it right up em!

In the month where ‘The State of Oregon‘ unexpectedly sees an unintentional influx of interest from Australia, we can look forward to an entertaining and (hopefully) tight contest between these two sides.

Queensland enters this series searching for their unprecedented 8th consecutive Origin victory, while New South Wales will look to finally deliver for its long suffering fans.

Since the 2010 3-0 wash-out, the Blues have closed in on the star-studded Maroons, the previous 2 series have gone to a deciding game both of which were decided by narrow margins.
With the backing of 2011 Dally M Player of the Year, Billy Slater, and reigning NRL premiership captain, Cam Smith, the Toads will certainly have a mental edge heading into the first game on Wednesday the 5th of June.

However, with 2 games on home soil, and the burning desire from stars such as Gallen, Hayne and Farah, the Blues will be reeling to make up for previous years’ defeats.

Anyway, here is an infographic for you to growl at for a while. Complete with dirt and concrete and all that manly stuff…